If you’ve visited the Javits Center since the five-year, $463 million renovation, you’ve had the opportunity to enjoy the revitalized building’s breathtaking views, sleek architecture, modern furnishings and spacious conference rooms. But you may not have had a chance to see the expansive green roof (the second largest in the country, at almost seven acres!) that rests above it all.

Completed in 2014, the Javits Center Green Roof provides sanctuary for 14 varieties of  sedum, over 26 bird species, five bat species and thousands of honeybees. On June 27, Urban Green Members had the opportunity to tour the rooftop with Peter Olney, a Senior Associate at FX Collaborative and the project architect of the Javits Center renovation.

Approximately 81 percent of the water that falls on the roof is retained. This prevents 7 million gallons of water per year from contributing to our stormwater runoff problem. 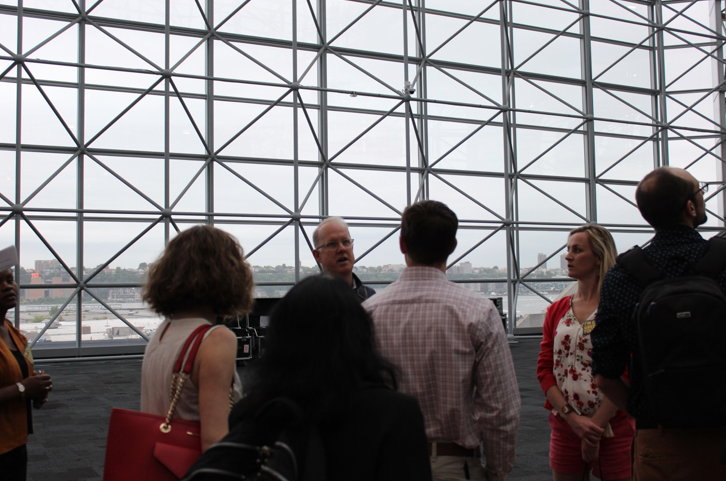 Before the retrofit, a glass enclosure called the “Crystal Palace” was a big problem. Birds often flew into the glass wall, and it allowed too much sunlight to heat the space. A combination of low-e coating, patterned glass and tint now allows birds to better see the building and keeps cooling loads down. Analysis by Drexel University found that these improvements and other changes to the building's envelope contributed over one-quarter of the overall retrofit savings, which cut energy use by 26 percent. 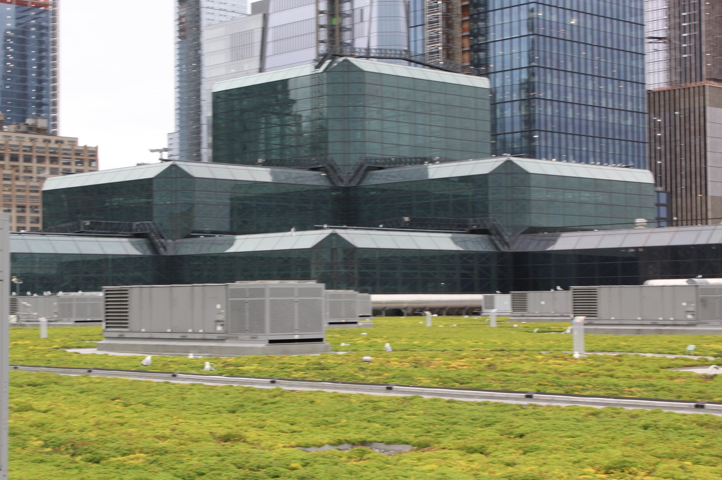 All 92 air handlers that serve Javits Center were also replaced during the renovation. It was a massive project that required multiple phases to isolate disruption. The new air handlers cut down electricity use for ventilation and cooling. 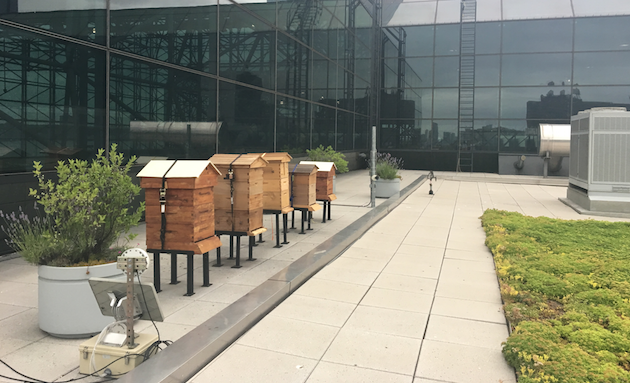 This year, the Javits Center introduced several beehives to help with pollination. As part of their expansion, they plan to add a greenhouse farm to the roof. The hope is that someday all of the food served at their conferences will be sourced from the rooftop.

Learn more about the renovation and Javits Center Green Roof—and see a live feed of the space—here.

Points of view
Low-Carbon Buildings of Excellence Coming to a Neighborhood Near You
In the News
Tomorrow’s Sustainable Buildings Need Today’s Staff To Get Schooled
Points of view
What's In Your Air?
Points of view
Architects Need to be Thinking About Social Equity: Here's Why